The Site of the Patriarch of Sacred Harp.

You’ll find a Historic Macon Music Registry plaque outside this former storefront of Andersen’s Jewelers. The reason for the plaque is in memory of watchmaker, composer and Macon native Raymond Hamrick. Considered the “patriarch of sacred harp music,” Hamrick worked here until a few years before his death in 2014 at 99.

Hamrick is remembered as a nationally known scholar, singer, writer and song leader in the sacred music circles of “shape-note” songs and nondenominational religious compositions sung in four-part harmony without instrumental accompaniment.

Hamrick became friends with leaders in the Sacred Harp singing tradition around the 1950s. Among them were George Pullen Jackson, one of the top scholars of shape-note music.

Hamrick got involved with group sings throughout Georgia and his intellectual curiosity for the compositions surged. He collected any books he could find on Sacred Harp and began composing music.

Hamrick evolved into the leading authority and a legend in the movement, considered perhaps the greatest Sacred Harp composer of the late twentieth and early twenty-first centuries. He wrote hundreds of shape-note songs across a 60-year period. By his early 90s, nearly 200 of his songs were published in two editions of The Georgia Harmony. His singing voice was also renowned as an accurate bass with a warm and round tone.

In 2006, he was featured in the award-winning documentary “Awake My Soul: the Story of the Sacred Harp,” which included footage of his life as a watchmaker in Macon.

The former site of Andersen’s Jewelers is located in the heart of Macon’s Downtown, near the intersection of Second and Cherry Streets. Across the street from the site is the Hargray Capitol Theatre, where regular regional concerts take place. It is also just around the corner from the Otis Redding Foundation headquarters. The site is within easy walking distance of all of Downtown Macon’s restaurant and entertainment venues, including the Rookery, Downtown Grill and H&H Soul Food, which are all listed for their significant music ties on the Historic Macon Music Registry. Rock Candy Tours also leads guided tours to this site. 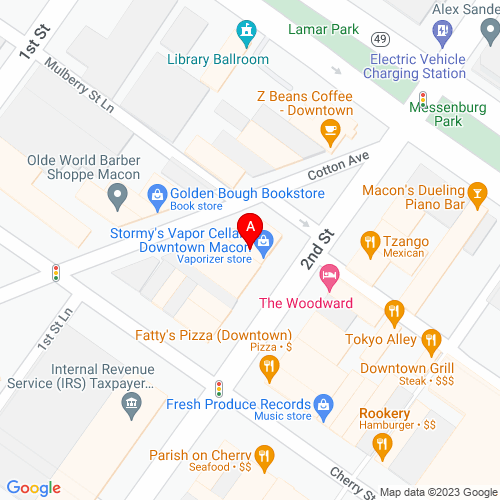