The Bar that Southern Rock Built.

With its rich history, soulful vibe, cold drinks and infamous jam sessions, Grant’s Lounge is a favorite of musicians and music fans, serving as the de facto playground for Capricorn Records and hosted bands including Allman Brothers, Lynyrd Skynyrd and Wet Willie. The nostalgic “Wall of Fame” features photos and articles about all of the musicians who have graced the stage continuously for over 40 years.

Opened in 1971 by Edward Grant Sr., Grant’s Lounge was Macon’s first truly integrated bar. Because it was located between the Capricorn Records studio on Martin Luther King, Jr. Blvd. and the record label’s executive offices on Cotton Avenue, Grant’s success grew with the rise of Southern Rock.

It was on the Grant’s stage that an up-and-coming Marshall Tucker Band was discovered and quickly signed by Capricorn. Other acts that performed here include Lynyrd Skynyrd, the Allman Brothers Band, Boz Scaggs, Eddie Hinton, Eric Quincy Tate, and Tom Petty and the Heartbreakers, then known as Mudcrutch.

After the heyday of Capricorn Records, Grant’s Lounge continued to remain open, converting their nightclub format to disco and dance music, which helped the business survive for the next three decades. Today, Grant’s Lounge remains in the Grant family, operated by brother and sister Ed Grant, Jr. and Cheryl Grant Louder, and hosts weekly open mic and jam sessions, as well as performances by local and touring bands alike.

Grant’s Lounge is open in the evenings, and invites visitors to have a cold drink at the bar, play a game of pool and check out the Wall of Fame, full of photos and music documents that cover the timeline of this legendary lounge.

Rock Candy Tours offers a weekly Friday night walking tour that ends at Grant’s Lounge, with a guided tour of the Wall of Fame. To check the tour’s availability, look for the Free Birds and Night Owls Tour on RockCandyTours.com.

Grant’s Lounge is located on Poplar Street, in the heart of Downtown Macon. Within an easy walking distance to numerous restaurants and other bar venues, Grant’s Lounge has an easily accessible entrance from the sidewalk. Grant’s is also central to two of Capricorn’s most significant landmarks: the Capricorn Sound Studios on Martin Luther King, Jr. Blvd and the Capricorn Records executive offices on Cotton Avenue. This central location proved to be part of the Lounge’s success in attracting both artists, executives and the general public for live music and cold drinks at the locally owned bar. 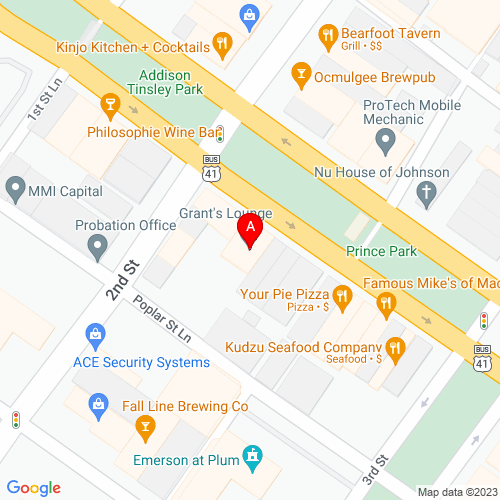