The Hargray Capitol Theatre is an old-time movie house turned concert and special event space that hosts some of the best live music events in Macon, from up-and-comers to well established veterans of country, rock, indie and more. The Capitol is a live music cornerstone in the revitalization of Downtown Macon.

This multi-purpose, historic entertainment venue is operated by the locally-owned Moonhanger Group, whose familiar umbrella also includes H&H Restaurant and the Rookery, among other properties. Expect to see a tour bus parked outside the Capitol on a regular basis, often belonging to nationally touring headliners from all genres of music, with Americana being a frequent ticket genre.

The structure dates back to 1897 when it was a savings and loan business, then home to the Strong Shoe Company. With the boom of nickelodeons and moving pictures in the early 1900s, the space was converted into the Capitol Theatre, and opened as a movie house in 1917 featuring leather seats, a gold-fiber screen that reduced film flicker and much-acclaimed air conditioning.

After sitting vacant for 30 years, local business leaders and arts enthusiasts saw the need to preserve and restore the space for concerts, second-run movies, festivals and other special events. The theatre was artfully restored and now features an open floor plan downstairs, second level balcony seating for nearly 300, full-service bar area and a box-office equipped lobby. Its eye-catching red curtained performance stage is flanked on both sides by altar-style windows and topped with the original wood-carved theatre emblem.

The Hargray Capitol Theatre is a cultural and historical landmark located in the heart of Downtown Macon’s business and entertainment districts. Its Second Street location is within walking distance to numerous bars and restaurants, art galleries and pre- and post-show events. You can’t miss its signature classic marquee, with the latest on upcoming concerts and events. Other music landmarks found close to the Capitol include the Library Ballroom, the Grand Opera House, The Rookery, Downtown Grill, the Otis Redding Foundation, Anderson’s Jewelers, Grant’s Lounge and the Macon City Auditorium. 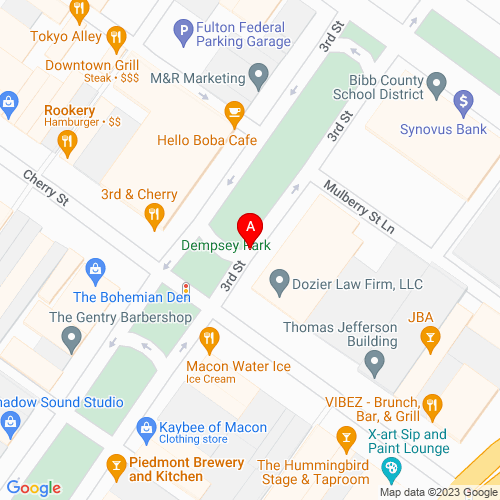