The Launchpad for Southern Soul.

Once known as the Professional Building, this office complex, converted from an antebellum residence, was the home to groundbreaking efforts to introduce rhythm and blues to mainstream music. It was here that James Brown recorded and launched his first hit single with “Please, Please, Please,” then later “Try Me” on WIBB-AM radio station, which broadcasted live from the building’s basement.

In addition to being the headquarters of the WIBB studio, the Professional Building’s top floors housed the original offices for Phil Walden Artists & Promotions, the band management and booking agency that helped launch the burgeoning music careers of Otis Redding, Percy Sledge, Sam and Dave, Eddie Floyd, Johnny Taylor and more. The company was founded in the early 1960s by Walden, in partnership with Otis Redding, and later enlisted his younger brother Alan. They would ultimately relocate to Cotton Avenue, where they purchased a building and evolved their business into RedWal Music Company (and subsidiary music agencies), primarily supporting African American artists.

WIBB-AM played a pioneering rhythm and blues format. It became the first station in Macon to offer programming aimed at black listeners and launched a legendary trio of deejays known collectively as “The Three Horsemen.” They were Charles “Big Saul” Greene, Ray “Satellite Papa” Brown and Hamp “King Bee” Swain.

Swain was also Macon’s first African American deejay, who earned his radio start on WBML-AM in 1954. But before his radio career, he was a saxophonist and his band the Hamptones played throughout the Southeast, featuring a little-known Richard Penniman as the lead singer.

Swain and his radio colleagues also took a chance on a young James Brown, who found the support of their studio during his early years living and performing in Macon. Brown and the Famous Flames arrived in Macon by way of Toccoa, where Brown had spent his troubled youth in a juvenile prison. They were inspired by the trajectory of Little Richard and were seeking his support.

Instead, Brown would find that support from the Three Horsemen of WIBB. It was here he had access to a studio and a means to distribute his music to the airwaves. “Please, Please, Please” was released in 1956, followed by “Try Me” in 1958. Both singles were hits on the rhythm and blues charts, climbing quickly from the moment they debuted on WIBB. From there, Brown and the Famous Flames went on tour, and Brown earned his stripes as the “Godfather of Soul” and “Hardest Working Man in Show Business.” He would continue to call Macon home until the early 1960s.

WIBB continues to broadcast on the air in Macon as 97.9 WIBB FM and WIBB 1280 AM. The Robert E. Lee Building is marked with a plaque from the Historic Macon Music Registry and is a featured stop on guided Rock Candy Tours.

The reel-to-reel recorder used to record James Brown’s songs at WIBB is now on display at the Tubman African American Museum.

The Robert E. Lee Building is located near Coleman Hill and the Mercer University School of Law in Downtown Macon. Nearby attractions include Macon’s famed antebellum house museums, the Hay House and the Cannonball House. Also along Mulberry Street is the Grand Opera House, a cultural and historical landmark that was once saved from demolition through a fundraiser headlined by the Allman Brothers Band. Other music landmarks found within close proximity to Mulberry Street include the Hargray Capitol Theatre, Downtown Grill, the Otis Redding Foundation, Anderson’s Jewelers and the Macon City Auditorium. 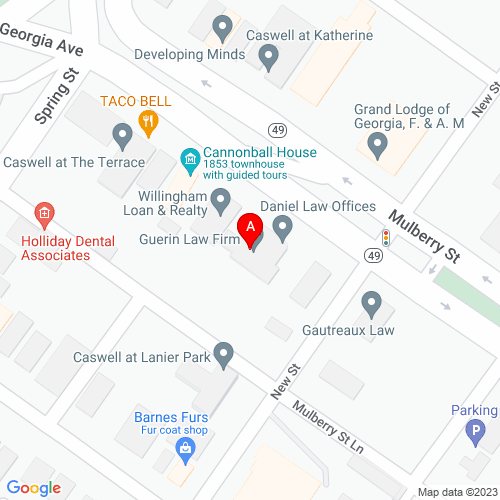