Where Classical Virtuosos Go to School.

Experience one of Macon’s most recent music scenes, where classical music is always in the making at this premiere school for string players. The public is invited to regular concerts in the salon of this historic building, which is also the site of the Allman Brothers Band’s first album cover. Led by Grammy-nominated violinist and Macon native Robert McDuffie, the Center for Strings teaches classical string instrumentation to students from all over the world who are enrolled at Mercer University’s Townsend School of Music.

In addition to being home to one of the most prestigious string programs in the world, the McDuffie Center for Strings is located in the historic Bell House, whose Antebellum, columned-draped front porch was the location for the Allman Brothers self-titled debut album cover. Today, the site is marked by a Historic Macon Music Registry plaque and visitors are welcomed to take a picture on the porch. Rock Candy Tours also provides guided tours to this site and provides the original vinyl album sleeve to encourage patrons to recreate the iconic photo in the exact same spot.

Macon native Robert “Bobby” McDuffie was born to a musical family. His mother and sister are accomplished pianists, but it was the violin that caught a young Bobby’s attention. In addition to playing music, he also sang in the church youth choir alongside Mike Mills, another Macon native who would find a music career. Mills would move on to Athens, become a founding member of R.E.M., and would later collaborate with his former choir mate on multiple music projects, including composing a Concerto for Violin, Rock Band, and String Orchestra.

McDuffie would go from Macon to Julliard to a sought-after, Grammy-nominated international, multi-faceted music career. While appearing as soloist with the world’s foremost orchestras on five continents, he has also shared the stage with Rolling Stones pianist Chuck Leavell and the late Gregg Allman. Philip Glass dedicated his Second Violin Concerto, “The American Four Seasons” to McDuffie. He is also the founder of the Rome Chamber Music Festival in Italy, where he has been given the prestigious Premio Simpatia by the mayor of Rome.

McDuffie plays a 1735 Guarneri del Gesù violin, the “Ladenburg,” which travels with him back to Macon, where he is known to put on regular homecoming concerts and even impromptu, surprise performances.

The Robert McDuffie Center for Strings is under the direction of Amy Schwartz Moretti, an accomplished violinist, orchestral soloist and concertmaster. She is an award-winning chamber music artist, appearing in concert series and at music festivals across North America and Europe, and she is a member of the internationally acclaimed Ehnes Quartet.

Should you be interested in performances featuring chamber choir, choral arrangement, or classical musical arrangements for strings, use Macon365.com to check the listings at the Mercer School of Music, and the McDuffie Center for Strings for an updated public concert schedule.

The Robert McDuffie Center for Strings is located on Macon’s College Street, in the InTown Macon neighborhood of the College Hill Corridor. One of the most historic sections of Macon, College Street is known for its variety and diversity in acclaimed architecture and historic housing structures. This was also where the Allman Brothers first lived when they moved to Macon in 1969. 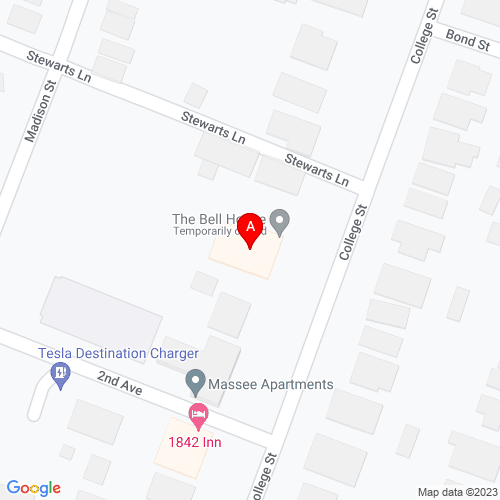