Status: Open To The Public • Thursday-Friday

This original 1842 birthplace of Georgia’s noted antebellum poet, musician and soldier, Sidney Lanier, this cottage museum is listed on the National Register of Historic Places and dual-designated as an American Landmark of Music and an American Landmark of Poetry. Among the items on display is Lanier’s silver flute, family relics and first editions of his published literary work.

The Sidney Lanier Cottage was constructed circa 1840 and is the historic home of noted poet, musician, and soldier, Sidney Lanier (1842-1881). Perhaps best known for his poems “The Marshes of Glynn” and “Song of the Chattahoochee,” Lanier was also a renowned musician, who would later perform as the first chair flute in Baltimore’s Peabody Symphony Orchestra for seven seasons. He later received a federal commission to compose a cantata for the Centennial celebration of 1876 in Philadelphia.

Lanier was born in the Cottage on February 3, 1842, and moved to Griffin, Georgia shortly after his birth. Lanier soon returned to Macon with his family where he completed his elementary education. At the age of 14, Lanier entered Oglethorpe College near Milledgeville, Georgia, and graduated in 1860 with high honors. Lanier entered the Confederate Army in 1861 with the Macon Volunteers and was captured in 1864 while serving on a blockade runner. He spent five months in a federal prison, where he developed consumption (tuberculosis), an illness with which he struggled for the rest of his life. After the Civil War, Lanier married Mary Day on December 19, 1867 in Christ Episcopal Church in Macon. They couple had four sons. Her tiny wedding dress is on display in the Cottage Museum.

Lanier was self-taught on the flute, piano, organ, violin, banjo and guitar. He made his first flute from a reed on the banks of the Ocmulgee River and imitated the sounds of the birds. During the last seven years of his life, Lanier made his living from music, not poetry.

Lanier spent his latter years in Baltimore, Maryland, where, in addition to performing with the Peabody, he lectured in the English Literature Department at Johns Hopkins University.

During the last 13 years of his short life, Lanier remained ill with tuberculosis. But despite his illness, Lanier never stopped writing poetry, composing music or lecturing and teaching English literature.

Lanier died near Lynn, North Carolina in 1881 at the age of 39. He was interred at the Green Mount Cemetery in Baltimore City, Maryland. His natural rock tombstone reads “I am lit with the sun.”

The Sidney Lanier Cottage House Museum is owned and operated by the Historic Macon Foundation. The Cottage’s Side Porch Gift Shop offers unique, Macon-themed gifts for anyone interested in learning more about the history and culture of the South.

The Sidney Lanier Cottage House Museum is located on historic, brick-cobbled High Street, one of the oldest streets in Macon, Georgia. The Cottage is within the College Hill Corridor and InTown Macon neighborhood, which is a series of historic homes, parks and neighborhoods that surround Downtown Macon. The Cottage is within walking distance of multiple historic homes and churches, as well as the Washington Memorial Library (where one of two bronze busts of Lanier resides that Baltimore sculptor Ephraim Keyser volunteered to create after a chance meeting with Lanier). Also within walking distance is the legendary soul food restaurant H&H, which is closely associated with the Allman Brothers Band. Another point of interest within the neighborhood footprint is the Lights on Macon Illuminated Walking Tour, where a self-guided tour of significant surrounding homes can be downloaded here. 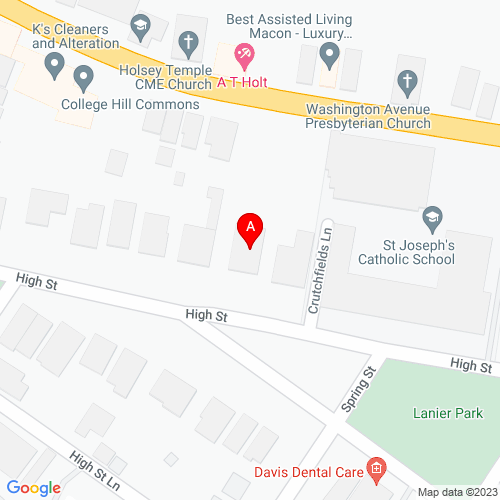